Wimbledon is only a few days away, let’s take the time to have an early look at the big guns that are in the running for the outright win at this years Wimbledon Open title and the form of the World’s top-10. 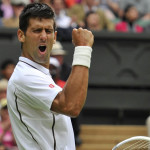 Without a doubt, the world number one as the hot favorite. Novak has at least reached the semi-finals in all of the last 5 years, winning in 2011 and 2014, and losing in the final to Andy Murray in 2013. Only Murray, Federer and Berdych have beaten him here in the last 5 years. After losing to Wawrinka in the French Open Final a few weeks ago, bring an end to a 28 match winning streak, he will be pumped to get back on his winning ways. It will take a massive effort by anyone to beat Djokovic on the grass and we would be surprised if we don’t see him in the final again this year. The value is to find with Djokovic is in the live betting markets. Click here to take advantage of the Best live betting markets. 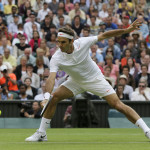 It is hard to bet against the Fed express at anytime, but especially on the grass. He lost in the final to Djokovic last year, and has won the title 7 times. He is coming into Wimbledon with his 8th ATP Halle title under his belt. Federer will be featuring in the 2nd week once again. Can he claim another Wimbledon title? If he is to win an 18th Open this is the most likely. Our bet is that it will be either Murray or Djokovic that he’ll have to overcome. The value is once again in the in-play markets with Federer. Click here to take advantage of the Best live betting markets. 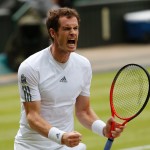 Andy Murray is looking in ominous form on grass this season. Barely raising a sweat in taking out the Queens title a couple of days ago. He lost only one set in five matches. He did the Queens/Wimbledon double in 2013 and if he stays in this kind of form, he could very well be holding that trophy above his head again. 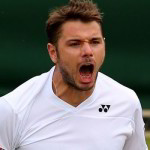 Fresh off becoming the 2015 French Open Champion, Stan the man has never progressed past the quarter-finals at Wimbledon. There haven’t been many players to win at Rolland Garros and then go on and win the Wimbledon title straight after. It’s a tough gig to do that in such a short turn-around and such a dramatic change in surfaces. The Stanimal certainly has the weapons and belief to win the title and I wouldn’t pay to much attention to last weeks defeat against Kevin Anderson at Queens. That was 2 very tight tie breakers. We’ll be looking for value in the games in set lines and to hold serve lines in the in-play markets. Don’t be surprised if Stan is in the mix come Quarter final, semi final and very possibly final time. 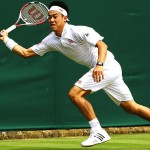 Kei made the 4th round last year. That being his best Wimbledon performance. He is one of the most consistent performers on the ATP tour. It was Raonic that knocked him out in the 4th round last year. Again it will be an interesting draw when it’s finally released. Look for Kei going deep again, at least into the 4th round and beyond, depending on the draw. Preparation hasn’t been great on grass with Kei retiring in the semi final at Halle. He did beat some solid grass court players along the way. 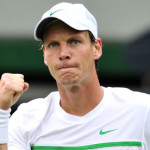 Berdych has the game to trouble anyone. He struggled last year and fell to Cilic in the 3rd round. We would be shocked if that happened again this year. He’s been in fine and consistent form this year. Our prediction is that he’ll go deep into the 2nd week but during that time look for value in the tie break and games in set lines. He’s a big server so will be hard to break but he doesn’t return that well, so there’s usually only one break during a set if it doesn’t go to a tie break, depending on his opponent of course. 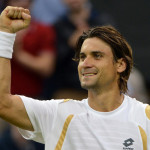 Without a doubt Ferrer much prefers the clay surfaces. The only current player with a better record on clay is the king of clay, Rafa! In saying that, he’s reached the Wimbledon quarter-finals twice in the last 5 years. The thing David lacks is the power to trouble the world’s best on grass. He hasn’t played one match on grass this season, so form on this surface is hard to tell. We’ll wait to see what the draws like until making a call on how far he’ll go this year. 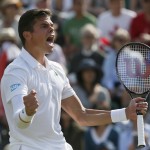 Milos is the youngest player in the world’s top-10. The baby faced Canadian is merely a spring chicken at 24. He has the power to trouble anyone from the baseline. He’s likely to struggle if his enormous serve has an off day. He made the Semi-final last year where he was beaten by Federer. He has a great game for grass but has not fully hit his stride on the surface this year. We’ll keep him in the mix for the 2nd week. 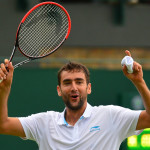 Cilic hasn’t had a great 2015. After winning the US Open last year he’s had some very mediocre performances. Beaten in the quarter-finals by Murray last year, but that’s as far as the reigning US Open Champion has gone at Wimbledon. He lost in the 2nd round at Queens last week. On current form there’s not much chance of him taking the outright win. He’s been playing plenty of tie breakers on the grass this season, so that’s where we see the value. In the overs for numbers of games in set and tie break in match or set. 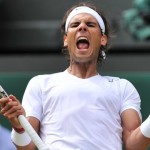 The two time Wimbledon champion hasn’t won the title since 2010. He was beaten in the final by Djokovic in 2011. Since then he’s got no further than the 4th round, falling to much lower-ranked rivals. After coming back from injury at the end of 2014, he hasn’t been the Nadal of old. The fight is there but the confidence is down. Grass is also his least favorite surface. He comes into Wimbledon with a title in Stuttgart and a first round loss at Queens. So form on grass is hard to tell. The draw will be interesting and we might find some value once again betting against Nadal in the early rounds. 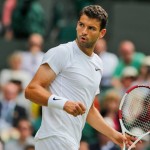 Frankly Dimitrov is in dismal form this year. For someone so talented it begs the question why isn’t he achieving more? He hasn’t really been able to get a string of wins under his belt in any tournament except for the Madrid Masters this year. Struggling to get past the 2nd round in any tournament since the Australian Open. Don’t be surprised to see him fall short again this year. Keep an eye on the draw and you may find some value in betting against him in the early rounds. 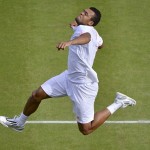 Tsonga has been in good but not great form. He’s played well through the clay season but has yet to step onto a grass court match this year. The grass is not his favorite surface. Last year struggling through the first 2 rounds until he hit some form, then he hit Novak and that was lights out on his Wimbledon campaign in straight sets. It will depend on his draw as to how far he goes this year. Tsonga is usually good for some bankroll fillers in the early rounds. 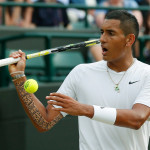 Could this be Kyrgios’s break-thru year? We doubt it. He’s been plagued with injury this year. He’s certainly got the fire power and the skills to take out the title. We’ve seen him take out big guns like Rafa Nadal and Roger Federer. If he’s fit and healthy he’ll be a good chance of going deep in the tournament. 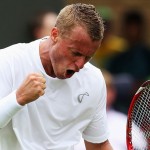 This will be Lleyton’s last Wimbledon. He’s dropped outside the top 100 and he’s got a wildcard into his final farewell on the lush grass at Wimbledon. He’s been struggling with form and injury over the last few years. It seems like a life time ago that he won the Wimbledon Title in 2002. We don’t think he’s got any chance of getting into far into this tournament after two first round losses in the lead up. 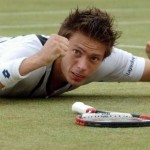 Mahut has a game well suited to the grass surface. He’s always played well at Wimbledon and has had some absolutely amazing matches over the years, including setting the world record for the longest match ever played. Watch out for him in the early rounds. He has a 8-0 record on grass this season taking out the ATP ‘s-Hertogenbosch title coming all the way through qualifying. 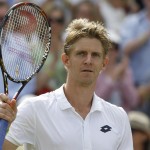 Anderson has a big serve. And big serves are very useful on the slick grass surface at Wimbledon. He’s also in good form, making it through to the ATP Queens final only to be beaten by the best player on grass so far this season and home town favorite, Andy Murray.

Best Bookmaker to use for Wimbledon Tennis Betting 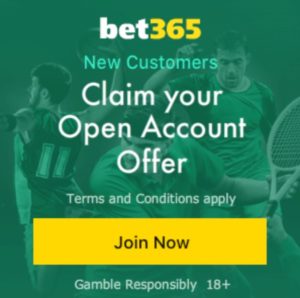